All Collections
Purchasing and downloading
Where to find previously downloaded / purchased icons?

When you bookmark an icon they will appear in the Collections tab which is also shown in the screenshot below. 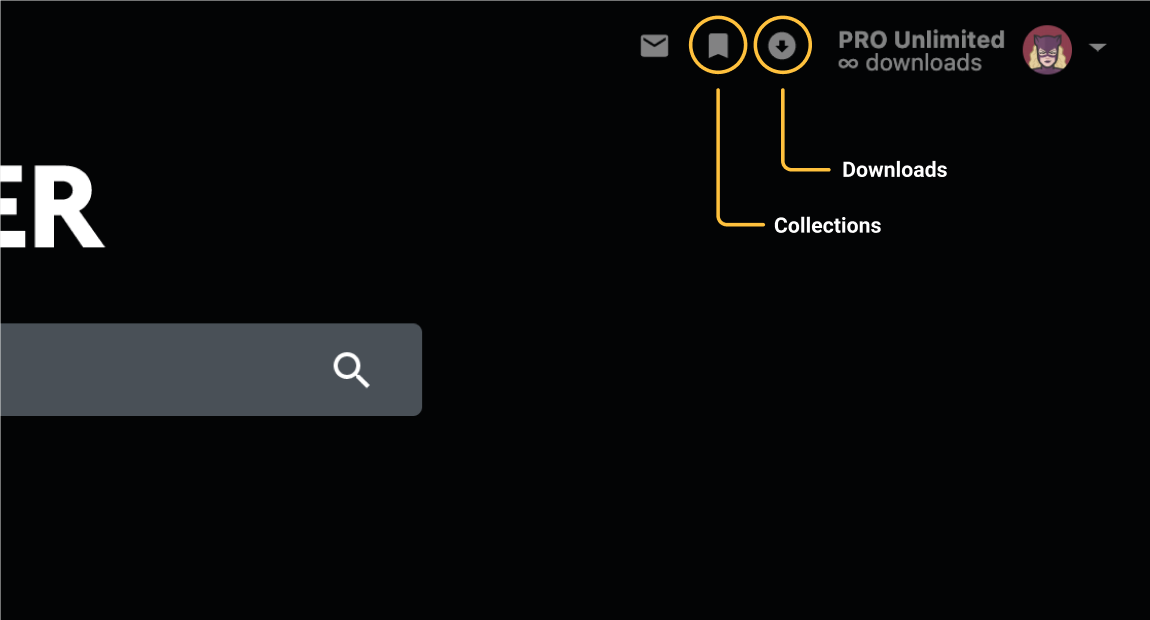 The Purchases tab, which stores all your purchased icons, can be found via the drop-down menu which appears when you click on your avatar (see screenshot below). 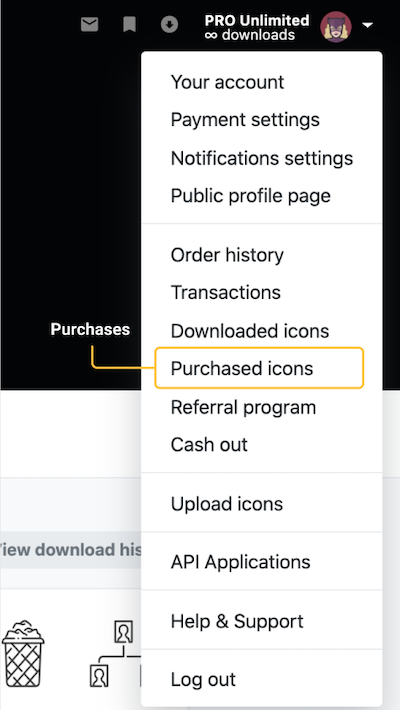 Read more about :
For how long can you use the icons downloaded from Iconfinder